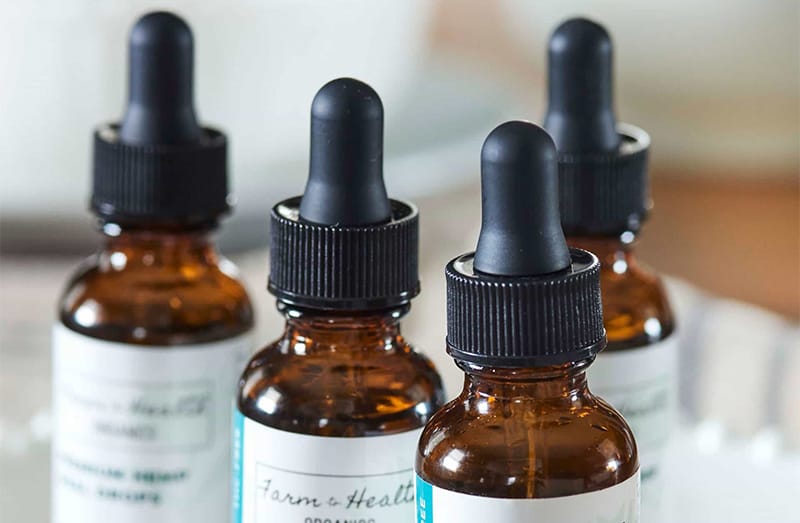 Table of Contents Show
1. Top Facts About CBD
2. CBD Is One of Over 100 Cannabinoids Found in Cannabis
3. CBD Works Synergistically With Other Cannabis Compounds
4. CBD Helps Support the Endocannabinoid System
5. CBD helps support this extremely important system.
6. How exactly does CBD help support the ECS?
7. CBD Can Be Sourced from Both Hemp and Marijuana
8. CBD Is Safe
9. The WHO also mentioned the fact that people aren’t using CBD to get high.
10. The Truth About CBD

By now, you’ve likely heard about CBD and the many ways people around the world have implemented this powerful plant extract into their daily lives. While CBD has been used for centuries, it’s only more recently that we’ve gained a better understanding of this highly beneficial cannabinoid.

Whether you’re new to CBD or have been using it for a while, knowing the facts about CBD can lead to a better understanding of exactly why it’s so beneficial. When you know the facts about CBD (as opposed to the many myths out there that exist), you can make a more informed decision regarding the well-being of you and your loved ones.

CBD Is One of Over 100 Cannabinoids Found in Cannabis

CBD has quickly gained worldwide attention for the seemingly endless benefits it provides. Did you know, however, that CBD is just one of over 100 cannabinoids that is naturally present in cannabis?

While CBD and THC are the most well-known cannabinoids, there are others that also contain wellness-promoting profiles of their own. All cannabinoids interact with the body’s endocannabinoid system (ECS) to produce a variety of different effects.

Aside from THC and CBD, the most common cannabinoids in cannabis include:

Although CBD and THC are the most widely researched cannabinoids, the discovery of these other cannabinoids has led to increased research aimed at discovering exactly how they might influence the body and mind.

Cannabis is an extremely complex plant. Aside from over 100 known cannabinoids, cannabis also contains a number of other compounds that work in harmony with one another.

The combination of cannabinoids, terpenes, and flavonoids working together produces powerfully beneficial effects. This is why a full spectrum or broad spectrum CBD oil is suggested to offer enhanced benefits as compared to taking CBD in its isolated form.

By now, almost everyone has heard about the benefits of CBD. However, many people are still in the dark about exactly how it works. While cannabis researchers are still researching this, one thing is clear — CBD is known to support the endocannabinoid system (ECS).

The ECS is known to regulate several biological and physiological processes in the body including mood, energy, appetite, sleep, stress response, metabolism, muscle control and more. It’s suggested that the endocannabinoid system is one of the most important physiological systems involved in establishing and maintaining human health.

How exactly does CBD help support the ECS?

Basically, CBD supports the ECS through its influence on other receptors and action on certain enzymes that are integral for endocannabinoid function. With so many amazing benefits, it’s no wonder CBD is gaining so much popularity.

CBD Can Be Sourced from Both Hemp and Marijuana

If one thing is certain about CBD, it’s that there’s a TON of misinformation about it circulating around the internet. One of the biggest misconceptions is that CBD is only sourced from one type of cannabis…hemp.

The truth is, CBD can be sourced from both hemp and marijuana. Here’s where they’re different.

CBD is CBD no matter where it’s sourced from. CBD hemp oil, however, is the most widely available and contains less than 0.3% THC. Farm to Health Organics CBD extract products are sourced from CBD-rich strains of hemp and are THC free. We proudly display our third-party lab tests so you can be sure you won’t experience the intoxicating effects of THC. You’ll find that pretty much all CBD available on the online market and throughout the U.S. is sourced from hemp and not marijuana.

In 2018, the World Health Organization (WHO) released a report that found CBD contains zero health risks whatsoever to humans and animals. That’s not all that was revealed in this groundbreaking report. It was also highlighted that CBD isn’t addictive and contains no potential for abuse.

The WHO also mentioned the fact that people aren’t using CBD to get high.

“To date,” reads the report, “there is no evidence of recreational use of CBD or any public health-related problems associated with the use of pure CBD.”

The WHO reports that any reported adverse effects of the use of CBD are likely a result of interactions of CBD and a person’s existing medications.

The Truth About CBD

At Farm to Health Organics, we’re here to give you the most reliable information on CBD that exists so you can make an informed decision in implementing CBD into your life. We should all be as educated and knowledgeable as possible when it comes to what we put in our body.

These facts about CBD are a great way to get you started and offer a better insight into the complex world of CBD.