Is CBD legal in Iowa? 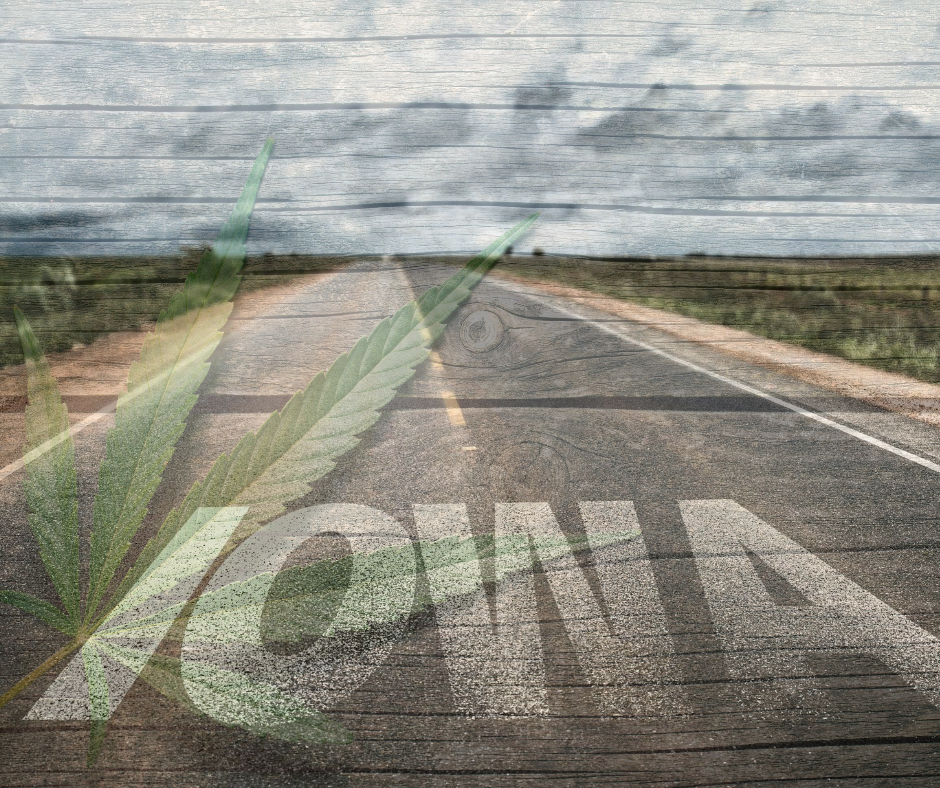 In the wild west of the modern day cannabis conversation, navigating what is legal in Iowa can be very difficult.  The legal conversation regarding cannabis, including marijuana and hemp, is ever changing. There is conflict in the laws at every level. As with most laws, even beyond interpretation, comes the willingness to enforce a law. As licensed hemp farmers in Iowa and also Iowa CBD retailers, we get questions like this all of the time.  Let us take a few minutes and bring you up to speed on the legalities and answer the question: Is CBD legal in Iowa?

First, let’s start with some vocabulary terms so that we are all on the same page.

CBD stands for cannabidiol. It is just one of many different molecules known as cannabinoids found in the cannabis plant. Most commonly used to promote overall wellness, CBD has many beneficial properties.

What is CBD Oil?

CBD oil is a natural oil which is extracted from the flowers and leaves of the cannabis plant. It is used by people all over the world for a variety of purposes.

Hemp is a variety of cannabis that is grown for food and fibers.

THC is the main psychoactive compound in cannabis that produces the high sensation.

Is CBD legal in Iowa?

Is CBD legal in Iowa at the federal level?

Purchasing CBD is federally legal as long as it doesn’t contain more than 0.3 percent THC, but some state laws have put restrictions on buyers.

Fun fact, did you know that there are 5 cafes within walking distance from the Whitehouse that sell CBD coffee?

Is CBD legal in Iowa according to the FDA?

Federal provisions have a blindspot whereby a store can sell as much CBD as it wants, as long it doesn’t make any health claims about its products, but it gets more complicated for sellers.

The FDA has prohibited the sale of CBD in any unapproved health products, dietary supplements or food — which literally means everything except for the drug Epidiolex.

The FDA can officially go after any companies selling or marketing items that make health claims about CBD, especially if those products involve interstate trade of the cannabis extract.

But the agency has limited staff for enforcement. As of this article, the FDA has only issued warning letters to violators, though it has hinted at pursuing broader enforcement with federal and state partners if the CBD craze continues.

The rapid legalization of hemp and CBD has put the FDA in a tough position. Under its mandate, the agency must validate the safety of foods, drugs and dietary supplements. But CBD products are already flooding American stores even in Iowa.

“We’re not going to be able to say you can’t use these (CBD) products. It’s a fool’s errand to even approach that,” -Dr. Stephen Hahn Commissioner of FDA

He said Wednesday that the agency is working to move forward with regulations.

“We’re not going to be able to say you can’t use these products. It’s a fool’s errand to even approach that,” Hahn told National Association of State Departments of Agriculture meeting attendees.

“We have to be open to the fact that there might be some value to these products, and certainly Americans think that’s the case. But we want to get them information to make the right decisions.”

The FDA developed a working group after a public meeting and comment period to gather industry input about CBD, but the agency said in November that it had not yet seen enough scientific studies or data to allow it to recognize CBD or products containing cannabidiol as generally recognized as safe.

FDA has not provided a timeline for when it will release guidance on CBD regulation.

Is CBD legal in Iowa according to the USDA?

The USDA continues to be a voice of support and reason in the conversation about cannabis, especially when it comes to farmers and licensed growers of hemp.  The risk management programs that the USDA rolled out in February are considered a big win.

“We are pleased to offer these coverages to hemp producers. Hemp offers new economic opportunities for our farmers, and they are anxious for a way to protect their product in the event of a natural disaster,” said Farm Production and Conservation Undersecretary Bill Northey.

The 2018 Farm Bill , made it legal to grow hemp in all 50 states, directed the USDA to establish a national regulatory framework for hemp production in the United States.  USDA established the U.S. Domestic Hemp Production Program through an interim final rule.  This rule outlines provisions for the USDA to approve plans submitted by States and Indian Tribes for the domestic production of hemp.  It also establishes a Federal plan for producers in States or territories of Indian tribes that do not have their own USDA-approved plan.

Fun fact: In 1900, the USDA hemp field was located at Arlington Experimental Farm, which is the modern day location of the Pentagon.

Is CBD legal in Iowa according to the DEA?

A spokesperson for the Drug Enforcement Administration told the PBS NewsHour that their agency would have a limited role with these infractions. Since the Farm Bill said CBD with less than 0.3 percent, THC was no longer a banned substance, it’s no longer under DEA’s purview, a spokesperson said in an email.

“It is now regulated by the FDA, so we refer you to them for this request,” the DEA spokesperson wrote. Another factor: “DEA does not pursue individual users – we focus on larger-scale operations and drug trafficking organizations,” the spokesperson added.

Is CBD legal in Iowa at the state level?

Unfortunately there is a lot of conflict in Iowa code.  According to the Iowa Hemp Act, state licensed growers can grow and possess hemp plants containing less than .03% of THC. These hemp plants which are legal to grow also contain CBD and about a hundred other cannabinoids including CBG, CBN which are also growing in popularity.

Iowa also has a medical cannabidiol program that started in 2018. The state’s Department of Transportation has issued over a thousand registration cards for the program. Many applicants have been approved and still need to get cards. Iowa Department of Public Health Deputy Director Sarah Reisetter says the numbers are lower than expected, but she anticipates they will grow.

The cards cost $100 and have to be renewed annually. Medicaid patients or those receiving disability payments who provide proof of their status to the Department of Public Health can obtain one for a reduced fee of $25.

The state is following the FDA on their current stance on CBD.  Currently the FDA says “no” CBD is not legal, but as you saw above,, there’s a blindspot and loophole, and it looks like change is coming… Here is Iowa’s current law effective July 1, 2020. Clear as mud? Sounds about right.

Who enforces the law in regard to CBD in Iowa?

Hemp- Law enforcement in regard to hemp growing and licensing is done by the Iowa Department of Agriculture and Land Stewardship.

If CBD is illegal in Iowa, can a local city government decriminalize it?

Yes.  Most decriminalization efforts have started at the local level.  For example, before the state of California made cannabis legal, the movement started in Sacramento, CA.

The following cities in non legal cannabis states have passed cannabis decriminalization at the city level.

Decriminalization refers to a policy of reduced penalties for cannabis offenses, typically involving a civil penalty for possession of small amounts (similar to how a minor traffic violation is treated), instead of criminal prosecution or the threat of arrest. In jurisdictions without any penalties the policy is referred to as legalization, although the term decriminalization is sometimes broadly used for this purpose as well.

What does it take to enforce Iowa drug laws?

What does it take to enforce Federal drug laws?

As you can see navigating this cannabis conversation in regards to CBD continues to be difficult.  As with all growth and change, it often starts with some hard conversations.  But these conversations should not be feared.  Each day there is more and more research done on the cannabis plant.  Each day there is more and more testing in regards to CBD and the human body’s health and wellbeing.  We aren’t there yet, but we are making huge leaps and bounds every day.

As licensed Iowa hemp farmers, at Farm to Health Organics we are honored that you have included us in this conversation. We look forward to more conversations like this in the future as we advocate for cannabis reform.